A Centre of Excellence to Study the Buddha’s Teachings 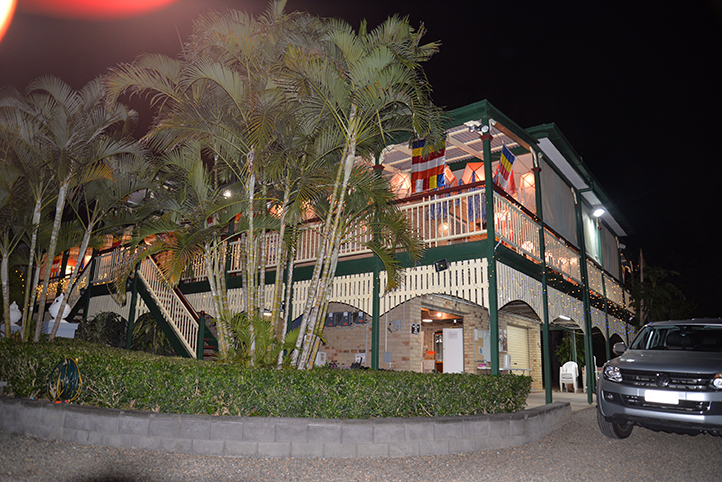 Buddhist Vihara of Queensland Inc (Goodna Temple) was established in 1998. It is an incorporated, non-profit, voluntary organization dedicated to community welfare. It caters for people of all ethnic backgrounds and religious denominations. The temple serves Brisbane and greater Brisbane extending to Toowoomba, Gold Coast and the Sunshine Coast communities.

In 1998, a handful of Buddhists living in Brisbane recognized the need for a Buddhist Temple to cater for all Buddhists and others interested in learning Buddha’s teaching. Buddhist Vihara (Temple) of Queensland was inaugurated under the supervision of late Ven Gangodawila Soma Thero of the Buddhist Vihara of Victoria. The temple was inaugurated in a rented house on Pannard Street, Darra, under the leadership of Ven Sitinamaluwe Sugathasara Thero.

The Dayakas and well wishers worked tirelessly towards the progress of the temple which served the greater Brisbane, Toowoomba, Gold Coast and Sunshine Coast communities. There are many Australians who supported the temple and visited the Temple to listen to Buddha’s teachings and use the library.

The temple was incorporated as Buddhist Vihara (Temple) of Queensland in the state of Queensland on 28th May 1998 as a not for profit organisation. The activities of the temple are managed by a management committee headed by Ven Sugathasara as the President and patron.

To cover the cost of running and maintaining the temple a fund has been set up with membership fees. Saturday evening of every week is dedicated for religious observances. A food stall is run every weekend for fund raising.

A Dhamma School for children is conducted on Saturdays to help them in understanding Buddhist way of life and its values. Dedicated volunteer teachers help the monks in this task.

Annual Kathina pinkama (Rains Retreat), special offering to past 28 Buddhas, Vesak and Poson celebrations, Precepts Days, meditation programs and Dhamma talks by respected visiting monks have been some typical activities of the temple.

There are special services performed at funerals according to Buddhist rights. Counselling services are also available to the community during difficult times of their lives.

In the year 2001, an opportunity arose to purchase a house in Wacol with a long history ofBuddhist activities led by Mr Claas de Jong. This house was known as “Dhammadinna House”with a Bodhi tree (Ficus Religiosa) originating from Bodh Gaya, India, where the Buddha attained to enlightenment. This house was purchased from Mr De Jong at a very reasonable price. As the membership grew over the years, the temple was found grossly inadequate with space during major religious events.

By 2005, the house was owned by the incorporation with no outstanding debt. As the activities of the temple expanded to an increasing community of Buddhists, the service of another monk was felt and Ven. Wilagama Anandasiri thero joined the temple in 2006.

The purchase of a spacious house on a 2.5 acre land in nearby Goodna in September 2006 was a milestone in the history of the temple. The place was surrounded by tall gum trees with abundant wild life was a truly serene setting for a temple to pursue and practice Buddha’s teachings. The temple at Wacol was sold to reduce the debt in the new temple. The 25-year old Bodhi tree was transplanted to the Goodna temple.

The Practice of Mindfulness